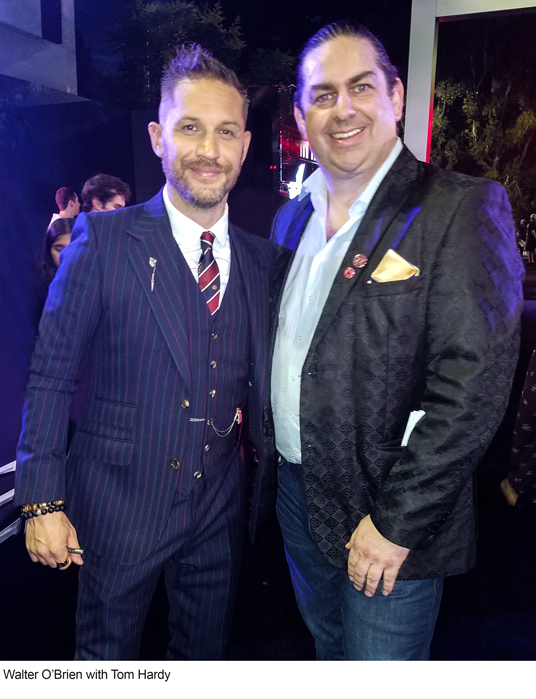 An investigative journalist breaks into a top-secret research facility. But is it believable?

Today’s movie viewers scrutinize movies more closely than ever before. Not only do viewers expect movies to feature great scripts, top-notch acting, and awesome special effects, they want them to be scientifically accurate. However, given all the “science” that can go into a movie, it’s difficult for writers and directors to ensure scientific accuracy.

That’s where companies like Scorpion Studios come in. If you watch the most recent “Venom” superhero flick, you’ll find there’s quite a bit of science involved. Yes, the science is fiction. No, the monster Venom isn’t coming to a city near you in the future. Yet viewers expect the fictional science to be cogent and to make sense within the universe.

Even in superhero fiction, it’s vital to be believable. If any weapons or other elements of a movie don’t make scientific sense, it can ruin the viewer’s ability to suspend disbelief. You might think that viewers wouldn’t care too much when it comes to superhero movies, but often the more fanciful the flick, the more necessary it is to use sound science.

That’s why Columbia Pictures turned to Scorpion Studios. Together, Scorpion and the production team were able to create a storyline featuring believable weapons, physics, and biomechanics. Ultimately, this lead to a high degree of technical realism for the film.

This, in turn, allows viewers to escape the real world and to fully immerse themselves in the movie. Venom was especially tricky (spoilers ahead) because the plot revolves around a symbiotic life form, a symbiote, hijacking an air breathing host, in this case Tom Hardy’s character Eddie Brock. The symbiote “Venom” is actually part of an alien invasion force looking for a new world to conquer and consume.

Of course, there are no alien symbiotes hijacking humans in an effort to take over the world. Regardless, it was vital to make the movie’s symbiotic relationships believable enough to make sense. Unless a script writer moonlights as a biologist, however, they might not understand intricacies of symbiosis. Scorpion helped ensure scientific accuracy.

As with other sci-fi flicks, advanced weapons and technology also came into play. Again, while the technologies might be fictional, they still have to be believable. In a world where information is just a Google search away and where everyone fact checks everything, audiences are better able to suspend disbelief if things make logical, consistent sense.

Much of the work for Scorpion was headed up by Scorpion CEO Walter O’Brien, who previously worked on “Spider-Man: Homecoming.” The most recent Spider-Man iteration received near universal acclaim, with its scientific credibility often cited as a key strength. Homecoming went on to gross over $880 million dollars globally, making it one of the more successful Marvel films.

As for Venom, the movie pulled in the biggest haul ever for an October film, grossing over $200 million globally. Tom Hardy’s performance received praise. Speaking of whom, O’Brien made an appearance with Hardy on the red carpet last weekend, highlighting just how important Scorpion’s work was for the film.

O’Brien is the inspiration for CBS’s hit television show, “Scorpion.” In the show, character Walter O’Brien is a computer genius who spends his days saving the world from various threats. The real life version of Walter O’Brien is also a highly respected computer expert who’s been recognized multiple times for his contributions to National Security and his Humanitarian efforts, aside from the inspiration to teenagers that his hit show “Scorpion” on CBS has provided for the last four years. According to Nielsen ratings the show’s pilot had 26 million viewers just in the US.

Ultimately, the ability to use computer graphics to bring rich, complex science fiction worlds and characters to life has led to an explosion of super hero, space, and other sci-fi films hitting silver screens. HBO, Amazon, and Netflix are pushing high quality streamable content.

There’s a risk that quality could be watered down if producers aren’t careful. Ensuring scientific accuracy and cogency is one important way to make media more believable and enjoyable.