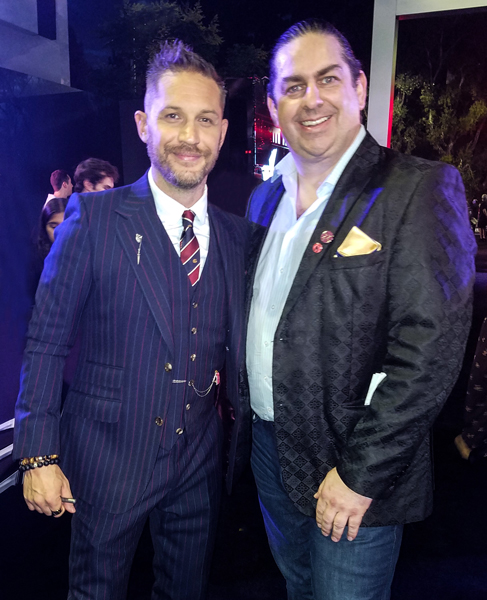 Scorpion Studios is led by CEO Walter O’Brien -- who consulted on technical aspects of "Spider-Man: Homecoming" which in under three months crossed the $874 million mark at the worldwide box office to become the highest grossing superhero movie of 2017. Walter O’Brien (aka ‘Scorpion’) is also the Executive Producer and inspiration behind the 96 Episodes over 4 seasons of CBS’s hit television show, "Scorpion."

‘Scorpion’ Walter O’Brien has been recognized for his team’s technical aptitude, including at Los Angeles Business Journal’s annual technology award ceremony, where Scorpion Computer Services won the Patrick Soon-Shiong Innovation award for its contributions to government and military, including ScenGen, the AI scenario generator. O’Brien, the keynote speaker at MIT Technology Review’s EmTech Asia symposium, has appeared on CNBC Asia and CNBC (US) to contribute his advice on cybersecurity issues facing the United States.

Walter O'Brien (aka "Scorpion") is the founder of Scorpion Computer Services, Inc., a global think tank for hire that provides “intelligence on demand” as a concierge service for any funded need. Scorpion has gathered together the very best talent with deep knowledge in diverse areas of expertise to solve the most difficult client problems that may be too vague or abstract to outsource to traditional firms.

Walter is the Executive Producer of the hit CBS-TV drama "Scorpion" inspired by his life with over 26 million viewers in the US and which airs in 188 countries to up to a billion viewers per week. Walter who was diagnosed as a high IQ child prodigy was certified by U.S. Department of Homeland Security as being of National Interest to the US and granted him an Extraordinary Abilities EB1-1 Visa.

Walter created over 150 unique technology inventions, is an Irish national coding champion and competed in the Olympics in informatics. His company, Scorpion Computer Services, has now won “most innovative company” and “most innovative product” awards. Walter has personally applied artificial intelligence to the Navy's command and control system, Agile, as well as Aegis, the Ballistic Missile Defense System, and recently deployed his AI engine, ScenGen, to the US Army's drone fleet.

Walter is the youngest recipient of unite4:humanity’s Celebrity ICON Humanitarian Lifetime Achievement award and has received a commendation from the Los Angeles Mayor's office for his contributions to world peace. Walter was the keynote speaker at MENSA's annual gathering, has won C-Suite Quarterly's Visionary award and provided the seed funding for TaxiWatch, a suicide prevention program that has saved over 130 lives to date.