The Real Scorpion, Walter O’Brien to take the sting out of Future Tech and AI at Pendulum Summit New York 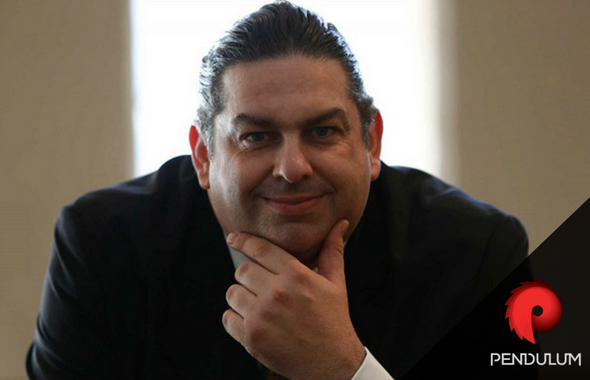 LOS ANGELES, July 6, 2018 (Newswire.com) - Pendulum Summit, the world's leading business and self-empowerment summit, will take place in New York on September 13th 2018 with an ironclad promise to elevate your organization to excellence.

Walter O’Brien will be one of seven keynote speakers such as Julia Ormond, Jack Canfield and Steve Forbes, who will cover topics such as AI, cyber security, success, leadership for longevity, sustainable high performance in order to drive conscious business, embrace a diverse and inclusive culture, harness opportunity in uncertainty, build mental resilience, embrace digital disruption, and adapt in a rapidly changing environment.

Walter O’Brien (aka "Scorpion") is the founder of ScorpionComputerServices.com, a global think tank for hire that provides intelligence on demand as a concierge service for ANY funded need. Walter is the Executive Producer of the hit CBS-TV drama "Scorpion" inspired by his life with over 26 million viewers in the US and airs in 188 countries to up to a billion viewers a week.

Walter was diagnosed as a high IQ prodigy and has mitigated risk for 7 years on $1.9 trillion of investments and has invented and applied Artificial Intelligence engines to protect United States war fighters in Afghanistan. Walter has personally applied Artificial Intelligence to the Navy's command and control system Agile as well as Aegis the Ballistic Missile Defense System and the US Army’s Drone Fleet. Walter has created over 150 unique technology inventions, is an Irish national coding champion and competed in the Olympics in informatics.

The U.S. Department of Homeland Security certified Walter as being of National Interest to the United States and granted him an Extraordinary Abilities Visa EB1-1. Scorpion has now won most innovative Company and most innovative product awards. Walter was recognized by the Fort Wayne Base Community Council for saving countless lives and awarded a member's Combat Infantry Badge and Battle Dress Uniform from Operation Desert Storm. Walter is the youngest recipient of Unite4:Good's Celebrity ICON Humanitarian Lifetime Achievement Award and has received a commendation from the Mayor's office for his contribution to World Peace. Walter was the keynote speaker at MENSA's Annual Gathering, has won C-Suite Quarterly’s Visionary award and provided the seed funding for TaxiWatch, a suicide prevention program that has saved over 130 lives to date.

With the success of five previous sell-out summits, transforming the lives of 16,000+ attendees, Pendulum Summit is the fastest event to supercharge yourself, your team and your business. Other speakers include Julia Ormond, Steve Forbes, Deepak Chopra MD, Jack Canfield, Suzy Welch, Nick Santonastasso, Nataly Kogan and many more. Early Bird tickets on sale now www.pendulumsummitnewyork.com