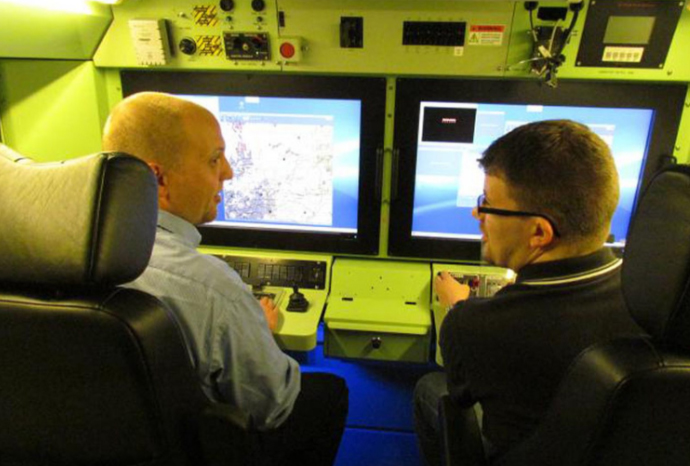 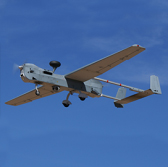 LOS ANGELES, January 4, 2018 (Newswire.com) - In September 2017, Stryke Industries LLC was awarded a contract from the U.S. Army as part of the U.S. Defense Research and Development Rapid Innovation Fund (RIF) Program. Stryke, along with its subcontractor Scorpion Computer Services, will apply the artificial intelligence engine ScenGen to the U.S. Army’s UAS fleet. Stryke Industries will license the Scorpion technology to Army Contracting Command, Redstone Arsenal, Alabama to be applied to the Universal Ground Control Station (UGCS) and other UAS platforms.

UGCS is an extension of the One System Ground Station (OSGCS) concept. The UGCS allows for interoperability of the U.S. Army’s unmanned assets of dissimilar types from a single common ground control station. It utilizes a design that houses flight critical hardware and software in a modular configuration and is used to command and control the MQ-1C Gray Eagle, RQ-7B Shadow, and MQ-5B Hunter for the U.S. Army. “It has been our pleasure to partner with the excellent team of professionals at Stryke for several years now on presenting cutting-edge cyber solutions to a wide range of Government and Military agencies,” stated Walter O’Brien.

Stryke is in the business of exploiting disruptive technologies across the federal government and along with Scorpion Computer Services will allow disruption to occur by greatly minimizing software errors in operational warfighter systems. Scorpion Computer Services is the internationally recognized problem-solving consultancy led by computer-security expert and hacker "Scorpion" Walter O'Brien. He is the Executive Producer and the inspiration behind the hit CBS television drama, "Scorpion". The U.S. Department of Homeland Security has certified Walter O'Brien as being a person of national interest to the United States and granted him an Extraordinary Ability EB 1-1 Visa.

"In our IT/CYBER division, it isn't our goal to add in game maintainers, we want game changers," explained Van Flamion, the President of Stryke Industries. "Walter O'Brien and his Team are just that. Stryke is committed to teaming with innovators like Scorpion Computer Services that are driven to provide great solutions for our military, homeland defense agencies and across the federal marketplace."


Scorpion Computer Services is the internationally recognized problem-solving consultancy led by computer-security expert and hacker "Scorpion" Walter O'Brien. Scorpion has won the most innovative product and most innovative company award, being named the Patrick Soon-Shiong Innovation award winner by Los Angeles Business Journal. In 2017, O'Brien won Unite4:Humanity's humanitarian lifetime achievement award. For over two decades, Scorpion Computer Services has contributed to the greater good by managing geniuses as they transform Scorpion client ideas into reality. From confronting and solving issues of national security to rescuing failing businesses, Scorpion Computer Services is the brainpower behind solving global issues, proving "smart is cool." The company's clients include government, military, a number of Fortune 5000 firms as well as startups and small- and medium-sized businesses with opportunities across cutting-edge information technology solutions, transportation and logistics, business efficiency and marketing.


Stryke Industries is a highly specialized solution provider that teams with best athlete companies, entrepreneurs and innovators to rapidly field their disruptive technologies to the warfighter, other government agencies and commercial teammates. Stryke is tied to the hip of their clients to ensure they aggressively maneuver their technologies to the benefit of our nation. Stryke maintains a laser focus to ensure evolutionary results.