FORT WAYNE, Ind., October 30, 2017 (Newswire.com) - STARBASE Indiana, the Department of Defense-sponsored 501(c)3 that supports STEM education in grades 5-9, has named Walter O’Brien, founder and CEO of Scorpion Computer Services, to its board of advisors. O’Brien will begin his advisory role in October 2017.

STARBASE Founder and education pioneer, Barbara Koscak was honored by two U.S. Presidents in 1987 and 1990 and has received numerous national awards. Her efforts in bringing science, technology, engineering and math--known as “STEM” subjects--into elementary and middle school classrooms was unconventional in the decades leading up to her White House recognition. By capturing children’s attention through their near-universal curiosity towards airplanes and space travel, Koscak built a curriculum around understandable physics, chemistry and biology never seen before. 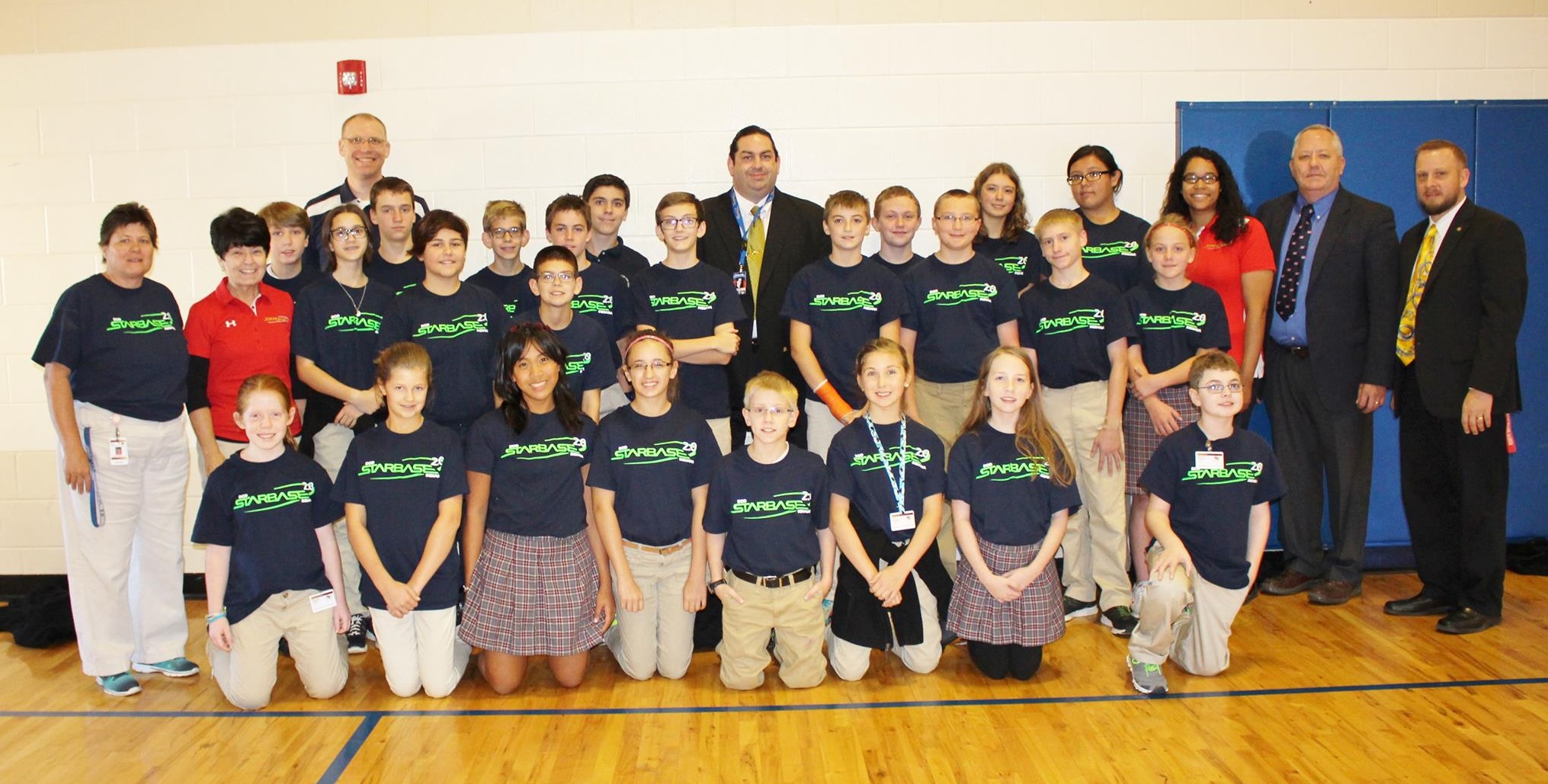 With growth from one classroom to a program across 35 states located at Navy, Marine, Air Force and National Guard institutions, the DoD STARBASE Curriculum has served over 1 Million students. STARBASE Indiana was founded in 2012 at the 122nd Fighter Wing, Fort Wayne Air National Guard Base in Indiana by Colonel David Augustine.

STARBASE’s advisory board member, Walter O’Brien, is a frequent public speaker and mentor to a number of Fortune 1000 CEOs in the technology industry. He also inspires education and exploration in schools across STEM and other hands-on, technical and vocational subjects. In 2015, O’Brien encouraged STARBASE Indiana-Fort Wayne after-school students by engaging in an informative showcase of his own experiences and successes. During his visit, O’Brien shared how his desire for technological investigation began when he learned to code--through his own trial and error--at the age of 13. The public intrigue in O’Brien’s passion for computer coding rose with the release of Scorpion, the CBS television series inspired by O’Brien’s life as a computer genius who initially struggles with low Emotional Intelligence.

In April of 2017, O’Brien became the youngest recipient of the Humanitarian Lifetime Achievement Award for his work in philanthropic ventures which create positive societal change. His philanthropic works are numerous, including with Code Wars, California State Science Fair, MENSA, MIT Technology Review, the Junior Achievement Conference, Project ECHO, Superhero Brain, and Houston Technology Center. He funded Kilkenny’s Taxi Watch program, which has saved over 100 lives. In his own words, O’Brien repeats that “to be smart is cool.”

O’Brien joins STARBASE Indiana Inc. board members: Dr. Scott Liebhauser, Col (Ret) David Augustine, Todd Stephenson, Carrie Gutman, and Dr. Dave Aschliman. According to STARBASE Indiana Executive Director Dr. Scott Liebhauser, “Walter is a perfect fit for our team as he brings a wealth of STEM expertise and passion for youth education which we can embrace and translate into classroom application.”

STARBASE Indiana operates three academies in Indianapolis, Fort Wayne, and South Bend, with a new academy in Gary, Indiana set to open in the spring of 2018.


STARBASE Indiana is a premier educational program sponsored by the United States Department of Defense. As a 501(c)3 nonprofit organization, community collaborators sponsor extensions through STARBASE Indiana, furthering the impact of its mission goals. STARBASE academies offer free STEM education, after-school programming, summer camps, and many other outreach activities for students in grades 5-9. Since its inception in 2012, over 12,000 students have participated in STARBASE Indiana’s unique form of hands-on, minds-on learning. Students interact with civilian and military professionals to explore careers and observe STEM applications in the real world. The program encourages students to set goals and to achieve them.


Walter O'Brien is the founder and CEO of Scorpion Computer Services, Inc., and CEO of Scorpion Studios. He is the Executive Producer and the inspiration behind the hit CBS television drama, Scorpion, with over 26 million viewers in the U.S. and airing in 188 countries. The U.S. Department of Homeland Security has certified Walter O'Brien as being a person of national interest to the United States and granted him an Extraordinary Ability EB 1-1 Visa. He has worked with the U.S. Department of Homeland Security, plus Navy and Air Force systems to deploy artificial intelligence that protects American military personnel. Walter was recently recognized by the Fort Wayne Base Community Council for saving countless lives and awarded a member's Combat Infantry Badge and Battle Dress Uniform from Operation Desert Storm. The Northeast Indiana Defense Industry Association recognized O’Brien’s tremendous support of defense initiatives.

O'Brien regularly donates his time to charities and the community in general, to encourage all generations to celebrate intelligence. O'Brien provided the seed funding for TaxiWatch Kilkenny, a suicide prevention program that has saved over 133 lives since its inception in 2015. Often appearing on CNBC, Fox News and CBS as an expert on computer security, O'Brien has contributed to XPRIZE selection as part of XPRIZE Visioneering.