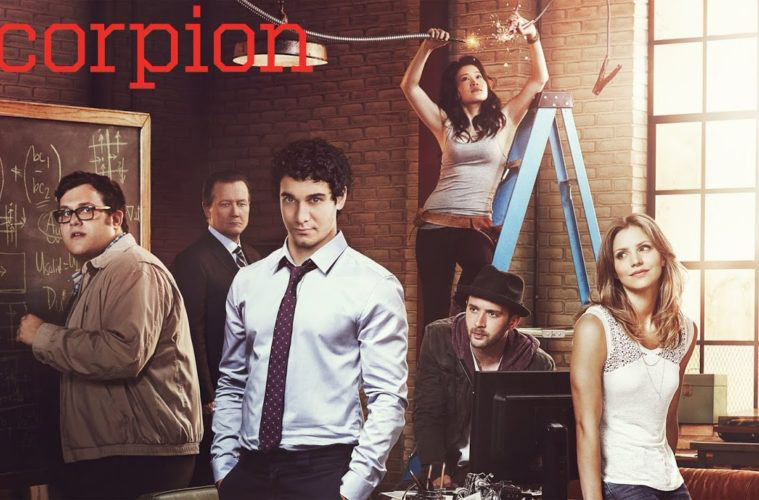 WALTER O’BRIEN, THE MAN BEHIND TV’S ‘SCORPION’ TELLS ALL.

Most people recognize the name Walter O’Brien from the CBS hit show, ‘Scorpion’, based on a computer genius that hacked NASA at age 13, became a consultant to the US government and founded ‘Scorpion Computer Services’, the most elite team of hand-selected genius minds dedicated to solving complex technology, cyber security and military issues. 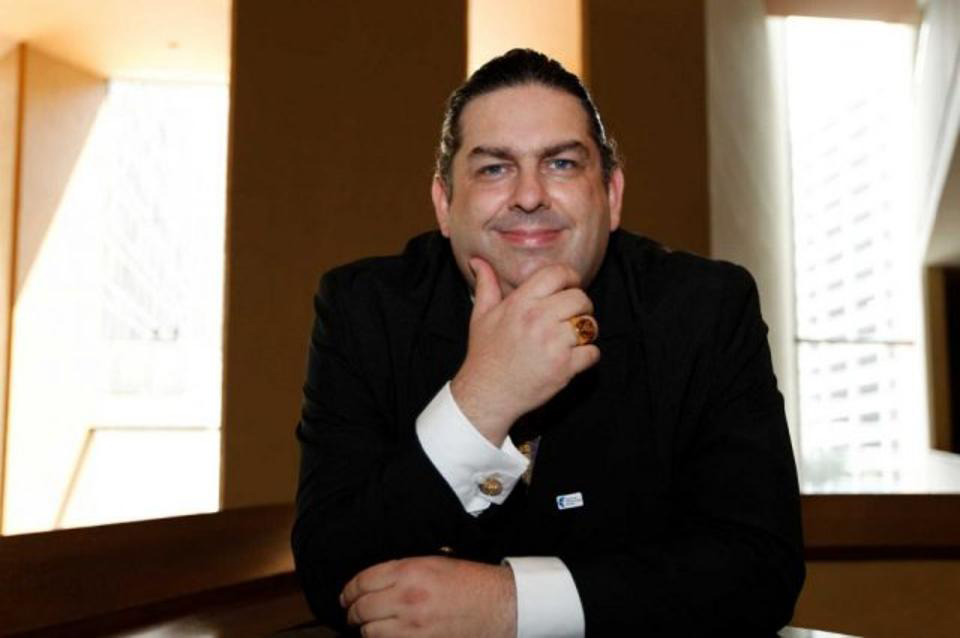 Walter O’Brien is neither a myth nor a fictional character.

He was most recently honored with the Celebrity ICON Humanitarian Lifetime Achievement Award and, as its youngest recipient, Walter is a living legend.

We had the absolute pleasure of meeting Walter over dinner at The District by Hannah An and were fascinated to learn about his formative years, current projects and future vision. Also discussed were his favorite hotels, most coveted cars, extensive timepiece collection and a few things that are currently on his “watch list’. We will be checking back in with Walter bi-monthly to discuss everything from animal rights and global warming to what is a ‘Klout Score’ and will show you the coolest items designed by Scorpion Studios, they don’t make the movies, they make them cooler and more realistic. If a producer needs a realistic hacking scene, a new kind of weapon or batmobile, a new type of robot, Scorpion Studios can research it, make it, and make it look and move in a believable way to a tech savvy audience. 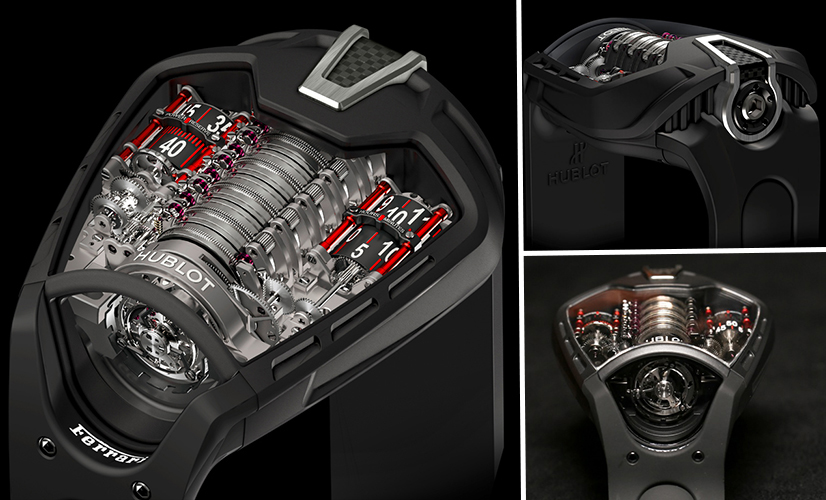 How does the son of an Irish dairy farmer that once earned a weekly allowance of .75c become one of the most financially influential billionaires on the planet?

An early assessment of Walter initiated by teachers who assumed his inconsistent attention span and varied “behavioral issues” in the classroom indicated autism, actually revealed an IQ of 197. That’s super genius level.

Scorpion Computer Services began with a self-taught teenage programmer in Ireland and his first business model which was similar to ‘The Geek Squad’ service. Walter’s first business model assisted local businesses and PC owners with general assistance and programming needs. Walter soon found himself on the world stage when he placed 6th in the 1993 International Olympiad in Informatics computer coding competition with zero formal training and without a coach- an unheard of achievement. 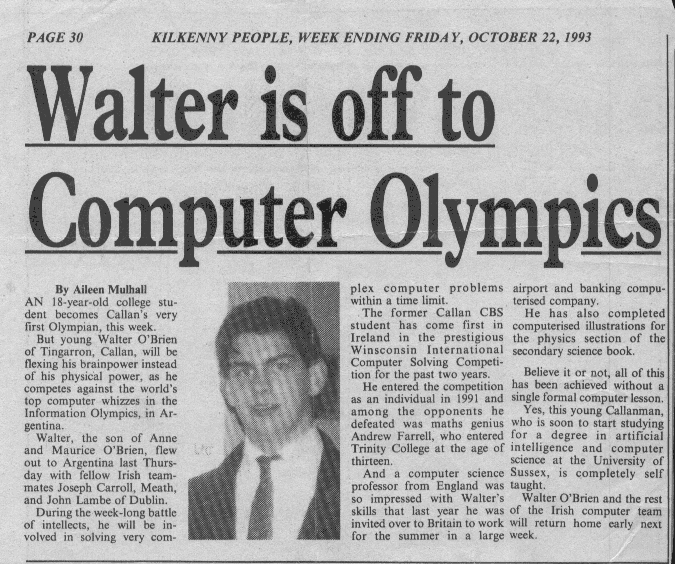 It was in high school that he earned the moniker “Scorpion”, a docile creature until pushed too far and fiercely loyal to its group or, cyclone. Walter started his martial arts training at 7 years old, so when he did finally lose his temper with the school bully the results were severe.

Celebrating 30 years in 2017, Scorpion Computer Services is a think tank for hire and counts amongst its many awards, Most Innovative Company and Most Innovative Product, and Walter himself has been awarded by the defense industry for Saving Lives in combat and was honored with a Mayor Commendation for World Peace. 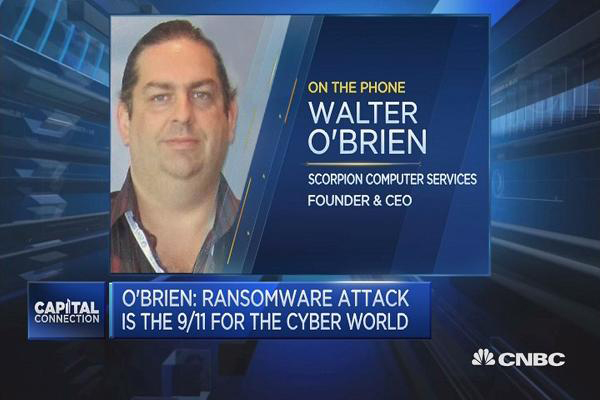 When he’s not saving the world from super villains, inventing technology that advances the safety and security of our military and troops, masterminding ways to stop global warming and curing disease- literally, Walter and his gang of geniuses take on problems and render solutions for mere mortals like us through ConceiergeUp.com. “Scorpion’s public-facing arm, ConciergeUp.com, provides intelligence on demand for ANY funded need. Imagine if you had a super butler at your service, someone whom you outsource any problem to that is not your core competency; that is what we do, we provide you with solutions every step of the way.”

Yes, you can have your very own band of geniuses dedicated to apply their knowledge and expertise to any project or problem from new business upstart to rare health conditions. 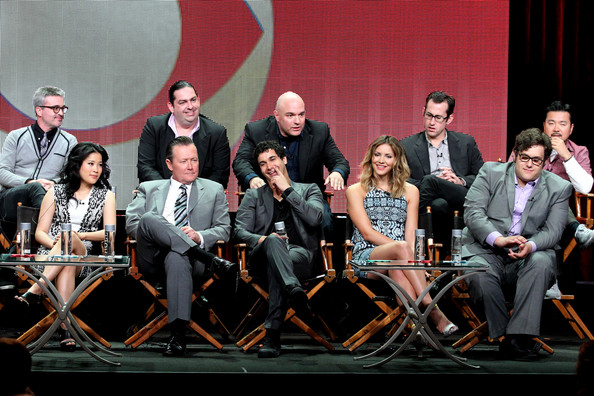 Walter O’Brien with the cast of ‘Scorpion’ on CBS. Image courtesy of Zimbio.com

Stay tuned for our next installment with Walter O’Brien as he takes us on a journey through some of their most interesting missions, including how they stopped a Ukrainian gold-digger from marrying a billionaires son. He’ll also share cyber security tips we can all use and provide ConciergeUp.com examples of how Scorpion has moved from hacking systems to hacking lives.

Contributor Hillary Clark is a Los Angeles based celebrity makeup artist and beauty editor. She has been featured in Allure, Allure Bride, The New York Times, Marie Claire, Cosmo, Bazaar and InStyle Magazines.