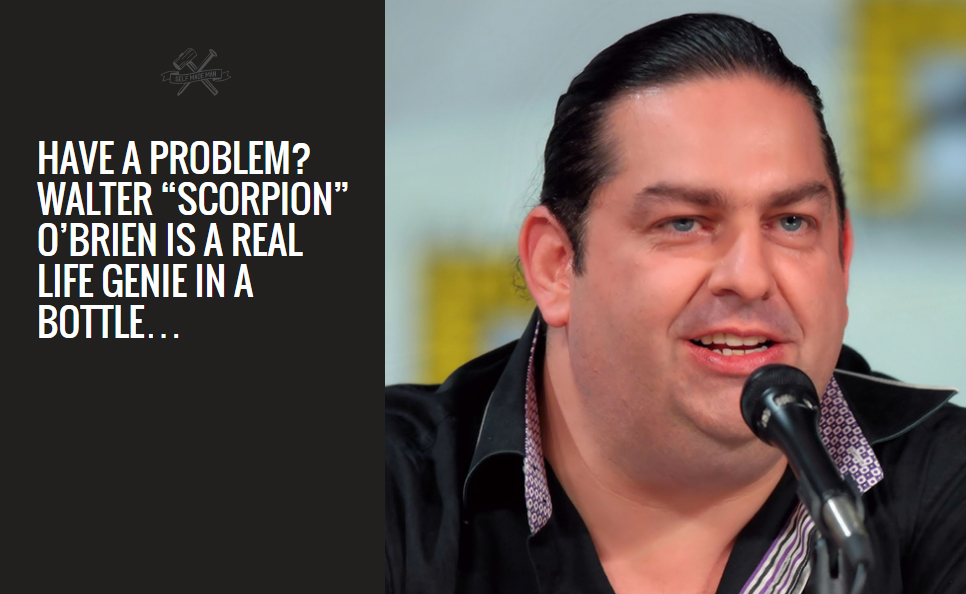 Today you’re going to meet one of the most interesting men on the planet. His name is Walter O’Brien, and he’s known as the 5th smartest person in the world, with an IQ of 197.

As he gets older he decides to attract all of the world’s geniuses in order to solve the world’s problems, and creates what is now the top show on CBS to serve as his recruiting tool.

And when his geniuses have some free time, you can hire them to solve your biggest challenges in any area of your life, from business, to money, to relationships.

The first time I heard his story, it sounded unbelievable, but also like an opportunity.

It just so happened that in the last year we ran into an incredibly difficult challenge with my hydroponics system, which I’ll cover later in the show. I was stuck, and the design team was stuck, so I decided to give Walter and his team a call to see if they could help me solve it.

It’s as close as you can get to having a real world genie in a bottle. Make your wish, and there’s a very good chance they’ll be able to grant it.