How this superhero created an exclusive community for the world’s most ‘mentally enabled’ thinkers. 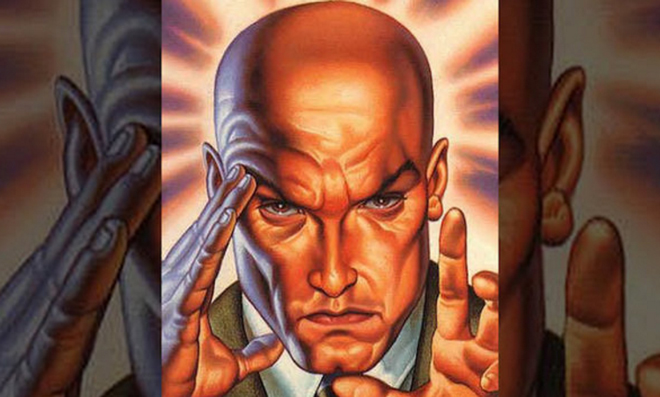 Walter O’Brien is not your everyday entrepreneur.

This man is more akin to Professor X, the leader of and recruiter for the X-men, the super group of men and women like Wolverine, Storm, and Scott Summers who have been immortalized because of the Marvel brand.

Walter calls himself a “30 year, overnight success” with a background in computer engineering and artificial intelligence.

It’s not been until the last three years that he’s gone through a major transition.

For the past three decades he has saved lives, invented programs, written millions of lines of code, and now has a billboard on Sunset Ave in Hollywood with an actor playing him on the CBS hit show Scorpion that is centered around his life.

Walter has created his own safe-haven for the “mentally enabled” with Scorpion Computer Services and its “think tank for hire,” ConciergeUp.com.

To date, Walter’s businesses have processed $1.3B and contracts thousands of people.

Walter gave me the human capital breakdown on how this is possible:

Working with Walter, you are tapping into a Rolodex of amazing people.

ConciergeUp is a full-scale consulting firm for solutions.

When they say they can handle any funded issue $10,000 or more, they really mean it.

Walter says people have a tough time understanding the “any”.

People think that you only call these guys for some crazy ideas. Walter says otherwise: call them for mundane work like finding the amount of concrete used in a city to more advanced projects like going to space, writing a New York times best-seller, engineering submarines, and forced extractions in Libya.

O’Brien is contracted by the military, and on one occasion his team was tasked with saving a young girl who was kidnapped in Libya. They got her back home to Beverly Hills within 48-hours.

Speaking with him on the phone for this interview was illuminating, and I’m excited and privileged to share this behind-the-scenes story with you.

I asked him some big questions below…

What is Your Why ?

Walter was a poor Irish kid in a rich kid school. He was different from everyone else. While they were focused on farming, animals and sports, he was focused on artificial intelligence, hacking, and video games.

He was bullied in school because of his intelligence.

Walter was always asking his teachers questions and thinking outside the box. In hindsight, this proved to be one of his best skills. However, at the time, it caused his teachers to get annoyed with him.

Because of how his brain works, his teachers would either love him or hate him because the high maintenance he required as a student and as an intellectual.

For example, in physics class, while the other students were measuring the force, mass, and velocity of the a moving ball, Walter would inquire, “Well how thick is the table that the ball is rolling down? What’s the ball made of ? Are we on Earth or Mars ? Are there any opposing forces working against the ball?”

I asked Walter about the origin of his hacker alias, “Scorpion,” and he kindly filled me in.

There’s a tradition in Ireland wherein friends nickname each other as animals. Scorpions are docile creatures until pushed and agitated. At that moment, they snap quickly and attack. They are also fiercely loyal to their family of scorpions, which is called a cyclone of scorpions.

If any of you have seen Walter, you are aware that he is a large man who has strength and power.

The other kids who would get bullied were much smaller than he was, and one day he started protecting his friends, often getting into fights for them.

One day in particular, he really put a whooping on a bully at school, and the name Scorpion was born.

Walter’s why is to bring together the mentally enabled who have been ridiculed, put down, ostracized, scoffed at, or made fun of simply because of their gifts and talents.

He listed some of his reasons for creating this safe-haven:

Walter is a problem solver who has created a hacker conglomerate and acts as its shepherd.

He wants to facilitate a massive transition into the cutting-edge of technology through artificial intelligence.

What do you offer?

They are an idea and business development concierge. This is similar to a conveyor belt or Henry Ford’s assembly line in that they provide turn-key solutions.

Using a proprietary system they are able to list out the identifiable goals, challenges, obstacles, and execution plan.

According to Walter, by the time they are done asking questions they are already halfway done with the project because they have defined it so carefully.

They help you avoid landmines and make the project cheaper by hiring the right people in the beginning.

He has many hungry minds to feed problems too who are ready to sit down and find a solution.

What legacy will you leave?

Walter wants to push the limits of reality.

Imagine your body. If all brain cells were equally spread throughout your body, none of the cells could connect and work together. Not a smart human being. By bringing all that brain matter to one place, they can work highly effectively like a super computer. To him, that is planet earth.

Individual smart people are spread randomly throughout the planet. No ability to communicate, live together, or solve problems together. Walter’s goal, then, is to bring the smartest people in planet earth to Scorpion to create the super brain of the planet. His legacy: to leave a massive brain trust for the rest of the planet. Leaving behind a big problem-solving machine—fix global warming, time traveling, space travel, fix anything.

What does Leave Normal Behind mean to you?

To Walter, leaving normal behind is ignoring peer pressure and going after your dreams without any regret in the face of insurmountable odds.

To him, it’s going against the grain, challenging the status quo, and questioning public opinion.

If it goes against your values. Walter is not for it.

He advises, “Assume most people around you most of the time are mostly wrong in the advice they give you. Be careful who you take advice from and consider the source.”

Be the protagonist of your own story and completely ignore the general public’s opinion if they are not seeing what you know to be true.

If the masses are running in one direction, stop and run in the other. Challenge the status quo.

Wrapping up, Walter was a cool guy to chat with.

He’s leaving a large footprint on the world and is tackling some of the biggest and most expansive issues we are facing today.

I want you to ask yourself, “If money were no object, what would I do everyday to make me happy, satisfied, and fulfilled?”

Contemplate for a moment and find your answer. Once you find it, do that one thing!

I help people bridge their passion and purpose all the time, and many do not realize, the thing you would do for no money is the thing that will make you the most money because you love it, will get better at it, and will be known for it.

Looking forward to the next article … 10:4 Over and Out !