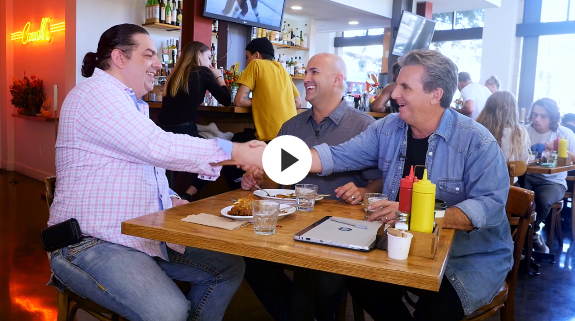 With an IQ of 197, Walter “Scorpion” O’Brien has the 5th highest intelligence in the world. As a child prodigy, Walter hacked into NASA on a lark and was swiftly busted by Interpol and the NSA. Recognizing his unique abilities, they offered Walter a job as a government contractor solving for high-level cyber security risks. Does this narrative sound familiar? Walter’s life story was so fascinating; it inspired the CBS drama, </Scorpion>.

Today, the genius hacker is a multi-millionaire who continues his work as Founder and CEO of Scorpion Computer Services employing the brightest minds and best communicators around the globe. We catch up with Walter at Cassell’s Hamburgers in Los Angeles where Chef Christian prepares the mouthwatering B’fast Burger. Tune in for simple tips to minimize cyber threats for your small business. Hint: your server is not “safe” under your desk.