LOS ANGELES, July 28, 2016 /PRNewswire/ -- Walter O'Brien, the founder and CEO of Scorpion Computer Services, Inc. and the inspiration behind the hit CBS drama, Scorpion was a celebrity speaker at the 65th Annual California State Science Fair.

Walter O'Brien's life story served as an inspiration for over 1000 competitors from California middle schools and high schools. At the age of 9, O'Brien was designated a child prodigy after scoring 197 on an IQ test. He started Scorpion Computer Services at the age of 13 to service local businesses and financial institutions. He helped them navigate their introduction to analytics, computerization, and the internet. By the time he was 18, Walter was ranked the 6th fastest programmer in the world. 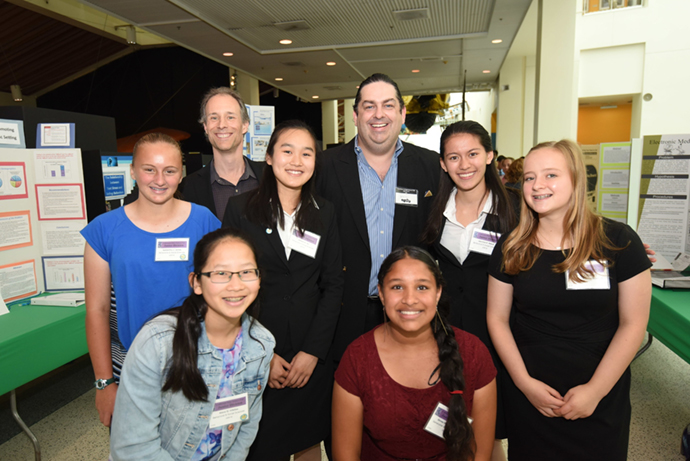 Ron Rohovit Ed.D. Deputy Director of Education at the California Science Center said, "We truly appreciate Walter's contribution to this year's Science Fair. Walter made it a memorable experience for the student competitors, some of California's best and brightest young science scholars."

Walter O'Brien said of the competition: "The California Science Center is a cornerstone in California's push to educate and encourage students to reach their full potential and to pursue careers in science and engineering. I'm proud to be part of the fabric that inspires the next generations to remain curious and remember that 'smart is cool.'"


Walter O'Brien is the founder and CEO of Scorpion Computer Services, Inc., and CEO of Scorpion Studios. He is the Executive Producer and the inspiration behind the hit CBS television drama, Scorpion, with over 26 million viewers. The U.S. Department of Homeland Security has certified Walter O'Brien as being a person of national interest to the United States and granted him an Extraordinary Ability EB 1-1 Visa. He has worked with the U.S. Department of Homeland Security, plus Navy and Air Force systems to deploy artificial intelligence that protects American military personnel. In addition he has worked with multiple Fortune 500 companies including the world's largest mutual fund, Fujitsu, Trados, Oracle Corporation, Baltimore Technologies and Critical Path. O'Brien serves as chairman or board member for Strike Force Solutions, Talentorum Alliance Houston Technology Center and Lawloop.

Scorpion Computer Services also offers its services to the general public through ConciergeUp.com, a global think-tank-for-hire that provides on-demand intelligence as a concierge service for any funded need.