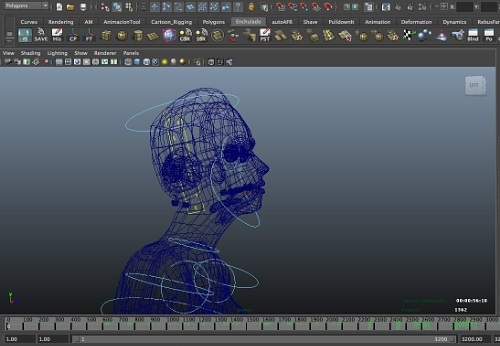 LOS ANGELES, Aug. 26, 2015 /PRNewswire/ -- GiBaCon, Inc., a provider of patent-pending artificial intelligence software for tablets announced its first major contract with Vodafone worth up to $139 million following its engagement with consulting service, ConciergeUp.com.

ConciergeUp.com is the public-facing arm of Scorpion Computer Services, Inc., led by computer hacker and technology expert, Walter O'Brien, the inspiration behind the CBS television show, Scorpion. ConciergeUp.com services can help anyone with "any funded need" from cyber issues, to fixing websites, to personal medical research or any other business problem.

Bastian Yotta, CEO and founder of GiBaCon, said "ConciergeUp helped me find the right team to create a unique product. They built a team that was unmatched by my competitors in just over a month. We now have a $139 million purchase of our technology by a major telecom firm." After managing the creation of the first prototype for GiBaCon, ConciergeUp.com managed the creation of the demo video and pitch deck that included investor strategy, and valuation down to the pro forma and business plan. ConciergeUp.com followed with introductions to potential investors in under five weeks.

GiBaCon creates artificial-intelligence avatars for tablet computers that make it easier for older and younger generations to interact. ConciergeUp.com assembled the development team, project managers, and legal counsel necessary to research, build, and architect GiBaCon's platform as well as the business model. ConciergeUp.com also gathered all of the requirements of the prototype and defined exactly what it should do.

GiBaCon came to ConciergeUp.com with a funded need to prototype and perfect technology that proactively responds to user emotions. "Older generations want simpler interfaces to interact with," said Yotta. "Our technology has an audio interface to create an email if you ask for it, conference on Skype, or pull a photo from Facebook." ConciergeUp.com performed GiBaCon's vendor due diligence, including removing fraudulent candidates from bidding, and provided all market research for seniors in GiBaCon's target demographics.

"The tablet, through GiBaCon's software, will learn your preferences and react smartly," explained Yotta. "For example, the avatar will instruct the tablet to play the Mozart tunes that it knows will bring a smile to your face in response to it seeing that you're sad."

"When Bastian Yotta came to ConciergeUp.com his request was to make a multi-billion dollar company that connects generations through technology," said Walter O'Brien, who led the project from conception to market. As part of the process, ConciergeUp.com performed the copyright and trademark research for the desired product name.

Through ConciergeUp.com, GiBaCon will retain O'Brien as its interim CTO. GiBaCon's first services launch at the end of 2015.

Scorpion Computer Services also offers its services to the general public through ConciergeUp.com, a global think tank-for-hire that provides on-demand intelligence as a concierge service for any funded need.

ABOUT GiBaCon, INC.
Founded in 2014, GiBaCon is an artificial intelligence software provider that helps "generations connect" through easy-to-use audio and visual avatars. GiBaCon's avatar acts like a verbal operating system that hides the visual complexity that modern user interfaces pose to seniors unused to common technology. This would enable Seniors in many cases for the first time to see and share pictures, comment, chat, text and video conference. Additionally, this digital companion can be used in an emergency to call certain family contacts. Led by founder and CEO, Bastian Yotta, the company is partnered with a major European telecom. Yotta is the founder of cosmetic device company GlobalSkin and the author of MindSlimming.