Walter O'Brien, Scorpion Computer Services founder and real-life inspiration behind the hit CBS-TV series "Scorpion", and STRYKE Industries, a highly specialized business development firm with 118 years of military service, have been selected to conduct a live experiment of ScenGen, or Scenario Generator, at USSOCOM's Technical Experimentation (TE) event on June 16th at the Muscatatuck Urban Training Center in Butlerville, IN. Developed by Scorpion Computer Services, ScenGen is an award winning software program (winner of CONNECT's 2011 Most Innovative Product award) that generates all possible scenarios for any given situation at a very high speed. ScenGen has proven useful to the U.S. Navy and Air Force in both testing systems and real-time mission planning.

The United States Special Operations Command (USSOCOM or SOCOM) is the Unified Combatant Command charged with overseeing the various Special Operations Component Commands of the Army, Air Force, Navy and Marine Corps of the United States Armed Forces. The command is part of the Department of Defense and is the only Unified Combatant Command legislated into being by the U.S. Congress.

"We're thrilled that ScenGen, one of Scorpion's most profound Artificial Intelligence (AI) inventions was selected to be invited by SOCOM," said Walter O'Brien. "In an operational setting Command works toward examining all possibilities for a given problem. ScenGen's AI generates 250 years of human thinking every 90 minutes, so you can be certain that you have considered all possible scenarios for a given situation."

Scorpion Computer Services partners with STRYKE Industries to help deploy defense technologies that protect the warfighter and our country.

The U.S. Department of Homeland Security has certified Walter O'Brien as being a person of national interest to the United States and granted him an Extraordinary Ability EB 1-1 Visa. He has worked with the U.S. Department of Homeland Security, plus Navy and Air Force systems to employ his artificial intelligence systems to protect American military personnel. In addition, he has worked with multiple Fortune 500 companies including the world's largest mutual fund, Fujitsu, Trados, Oracle Corporation, Baltimore Technologies, and Critical Path. O'Brien currently serves as chairman or board member for Indi.com, Strike Force Solutions, Talentorum Alliance, and Lawloop.

O'Brien regularly donates his time and talent to helping and educating smart charities and the community in general to encourage new generations to celebrate intelligence.

Stryke Industries is a highly specialized business development firm that teams with best athlete companies, entrepreneurs and innovators across the nation to bring disruptive technologies to the warfighter and other government agencies. Under the information technology domain, Stryke focuses on companies like Scorpion that can bring our nation huge leaps in technology in Cyber protection, disruptive computing/design, scenario generation and IT program management. 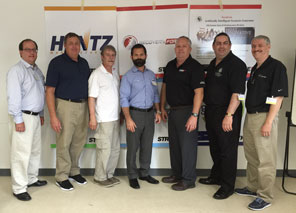 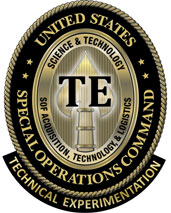 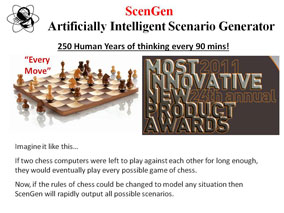